Does My Website Make it Across the Great Firewall of China?

Did you know the Chinese Government actively blocks accessed in China websites by “poison”? It sounds very Game of Thrones, but that’s the term coined by the Ministry of Public Security in the government of China to describe the Chinese Government’s method of blocking websites, behind what they call, “the Great Firewall of China”. This initiative, a censorship and surveillance project has since been renamed the Golden Shield Project and is not to be taken lightly. It blocks any potentially unfavourable incoming data and information from foreign countries but many of the most entertaining and informative sights and streaming resources seem to fall into that category as well. It was first initiated in 1998 and went into fruition in 2003.

The Golden Shield Project stemmed from one of Deng Xiaoping’s favourite sayings to reference, back in the early 1980’s. He said, “If you open a window looking for fresh air, you will find that some flies do blow back in.” Back then China was in the midst of a period of economic reform. This has since become known as a socialist market economy. Fun, right? This type of economy led to an influx of foreign investors. BUT, it was a bit of a catch-22. While China wanted the foreign investors to help boost the market, it did not want any of the riffraff that may tag along. In other words, initiatives like the Golden Shield Project, and the Great Firewall of China were seen as…fly swatters.

The Internet was introduced to China in 1994. It’s arrival was inevitable especially with the dot com boom. China wanted to always remain on the forefront of economic advances. The Internet has since become accepted as a form of communication and sharing, but warily, since that can also mean a platform for sharing information. Dun, dun, dun…

Fast-forward three years. The Ministry of Public Security in China has decided to take the first steps in controlling Internet use by the public. The key sections of the comprehensive regulations read-

“Individuals are prohibited from using the Internet to: harm national security; disclose state secrets; or injure the interests of the state or society. Users are prohibited from using the Internet to create, replicate, retrieve, or transmit information that incites resistance to the PRC Constitution, laws, or administrative regulations; promotes the overthrow of the government or socialist system; undermines national unification; distorts the truth, spreads rumors, or destroys social order; or provides sexually suggestive material or encourages gambling, violence, or murder. Users are prohibited from engaging in activities that harm the security of computer information networks and from using networks or changing network resources without prior approval.”

And you thought your parents were harsh.

The term “Great Firewall of China first appeared in Wired Magazine back in 1997, a comical reference to both the length of the Great Wall of China (and it’s power against its enemies). The point of the Great Firewall of China was to prevent IP addresses from being routed through to civilians. There were proxy servers at six Internet gateways. Additionally, the system was very selective in engaging in DNS cache poisoning, if civilians tried to access specific sites. The only let-up was in 2008 during the Beijing Summer Olympics. During the Olympics, officials in China covered their tracks by unblocking access in Internet cafes, hotel rooms and conference rooms. Basically wherever tourists may be.

Sounds funny, but some well-known sites such as Facebook and YouTube are blocked across China! So, how do the Chinese people post drunken photos of themselves publicly and watch funny cat videos without these essential tools of our daily lives? Heaven only knows what they do in their spare time.

How to tell if your website is blocked in China?

Checkout this tool from View DNS, which shows if, your website is blocked in various locations across China: http://viewdns.info/chinesefirewall/

(you can also check through this site if your website is blocked in Iran, probably less useful, unless you’re in the fig trade.)

Or if the above link is down, try VPN Mentor.

You can also go straight to the source- Great Firewall of China, type in your site and see exactly how taboo your content may be in the famed country.

Why does the Chinese Government Block websites? 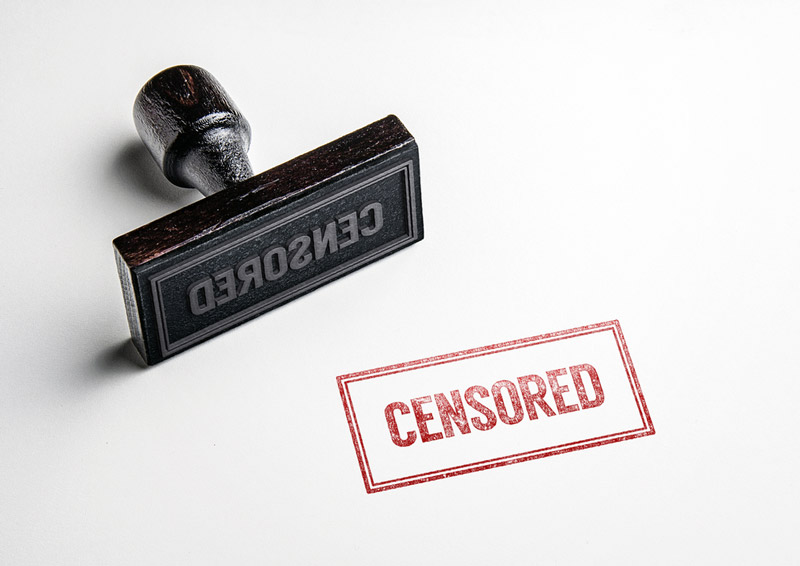 Well, the ‘go to’ answer is to protect itself. Look at enough naughty cats on YouTube and anyone would start a revolution.

China has more than sixty Internet censor regulations in place. This includes a wide variety of laws and regulations put in place by administrators. These laws have to be seen through by the provincial branches of the state-owned ISP’s, by the companies and by the organizations that are putting the Internet content out there. If they don’t fall into line, there are heavy fines that come into play. China has by FAR, the most extensive censorship in the world. Not only is the government checking in on your companies’ Website content. It’s also checking in on your individual streaming capabilities at home.

Amnesty International has been quoted as saying,

“China has the largest recorded number of imprisoned journalists and cyber-dissidents in the world”.

The organization “Reporters Without Border” based in Paris stated in both 2010 and again in 2012 that,

“China is the World’s biggest prison for Netizens”.

And boy, are they strict. Offences include but aren’t limited to-

Yep, they put that in writing. So even they must realize it’s wrong. It’s China’s long leash to all of its citizens to ensure that they stay in line with the government’s protocol and plan for the coming years.

Ironically, China has some allies in this fight. Chinese businesses like Baidu, Tencent, and Alibaba (the business likely to take over the world any day now) have all spoken out in favour of blocking international rivals, since it discourages any competition domestically. Hmmm…