After ten years, Geocrete Concrete Polishers decided to refresh the design and update the copy of their website. As we created the previous site more than ten years ago, we were particularly proud that they decided to use our services again for the new project, and we were also proud that the original site had lasted the test of time so well.

The main focus for the redesign was to create a website which would take advantage of the amazing photography of Geocrete’s polished concrete work and display their images to maximum effect for the user. In the ten years since the redesign (2008-2018) much had changed in the landscape of digital devices, including the proliferation of the iPhone (launched in 2007) and tablet devices (launched in 2010), which meant that we had alot more to take into consideration in thinking of how best to display these images than we did the first time around.

We also implemented user video recording software which allows us to view how users engage with the site and to continually make incremental improvements to the usability of the site.

Paul Warner, the Principal was ecstatic with the result, as shown by his testimonial below. 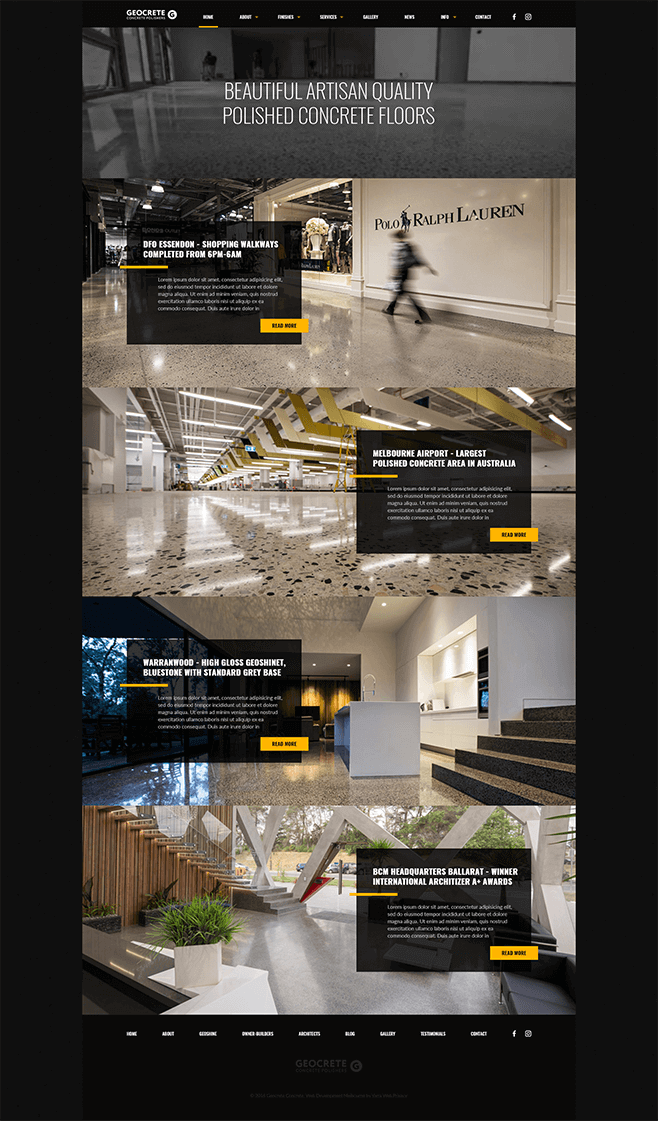 I’ve been using Yarra Web for over 10 years and have been so impressed by the quality of work and brilliant service.

They have been excellent for creating my business profile as the leader in my industry.

Thank you very much for outstanding work.

Feel free to contact us
and ask any questions