In my industry the company Yoke Design appears at the top of Google’s search results for the phrases “web design” and “web design Melbourne” and I don’t….bugger. At the moment my website is on page two of Google for the phrase “web design”, which attracts no traffic.

Using free and publicly available online tools I’ve analysed the Yoke website according to SEO principles and in no particular order I detail the elements of their site that should impact and explain their high rankings.

Since Ancient times (the 1990’s),  the greatest influence on Google rankings has been the quantity and quality of inbound links.

According to MOZ’s open site explorer Yoke have around 9000 links from 144 different domains. A quick scan of the other sites on the first page of Google reveal that this number of links is neither massive nor small.

Here’s how many links the other top ranked sites have:

The variability and number of inbound links the top ranked websites have suggests the quality of the link source is important. The MOZ tool reveals these sites have links from high quality sites such as The Huffington Post (Magic Dust), Ads of the World (Yoke) and North Western University (Chromatix).

So if you haven’t yet done so, you need to think about building some inbound links. Here is a review of some useful link building tools to get you started.

Yoke keep their content fresh by regularly posting new articles on their blog. Here are some key takeaways from their blogging efforts:

In summary Yoke are doing a fantastic job generating compelling content on a frequent basis. I would surmise that their high Google rankings are mostly due to this.

Although a fairly insignificant factor in determining search engine rankings an older domain has more authority in Google than a younger domain.

According to a whois search, Yoke’s domain has been registered since at least 2008 although I suspect it’s older (certainly the company has been around longer than that). 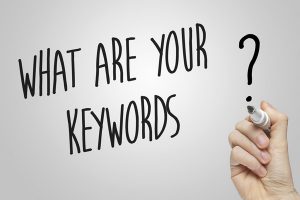 How have Yoked integrated important search keywords into their site?

In their homepage source code, the phrase “Web design” appears 10 times and  “Web design Melbourne” appears four times. I would have considered this over doing it a little but it obviously works for them. Importantly both phrases appear in their meta description and page title.

Interestingly their homepage contains almost no text, just a few sentences with links to internal pages with keyword anchor texts. A few years ago it was thought a homepage required a lot of content to rank well but Yoke proves this is not the case.

I mentioned above that Yoke are really good with their use of images. A closer look reveals they’re doing a good job to optimise their images for both usability and SEO in the following ways:

In 2010 Matt Cutts from Google declared that Google will start incorporating site speed as one of the many signals it uses to determine search result rankings. However, he mentioned speed won’t carry much weight in determining rankings and that less than 1% of sites would be affected.

I suspect that because site speed affect other signals used to determine rankings (user behaviour, bounce rate, etc.) the knock on effects of a site’s load time may have a bigger impact on rankings than suggested by Matt Cutts in the article above.

However, I may be wrong; Yoke’s Google page speed scores aren’t particularly great and it certainly hasn’t hurt their rankings:

Still, they beat my current scores of 65 for desktop and 52 for mobile. Something I can improve on.

Another nice tool to analyse page speed is Pingdom’s speed test tool. Yoke score quite well with 87/100 but their load time of 4.62 seconds could definitely be improved. Directly underneath the speed test Pingdom shows a list of every element on the page and it’s file size and load time. An excellent tool for identifying areas of improvement to a site’s load speed.

The above analysis shows Yoke are doing all the right things according to Google best practices, but I think what places them at the top of the pack is their successful blogging.